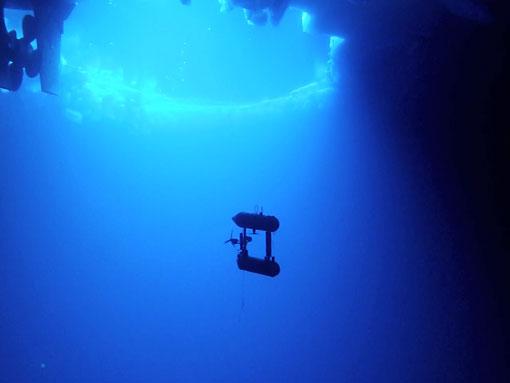 This week, the journal Nature Geoscience published the results of a successful test of an autonomous underwater vehicle (AUV) producing 3D maps of the underside of Antarctic sea ice.

The pictures were taken by SeaBED, an AUV jointly developed by a research project which was funded by the US National Science Foundation (NSF).

Over the last seven years, SeaBED AUVs have shown their versatility on missions ranging from shallow coral reef surveys to searches for deep-sea hydrothermal vents, in environments ranging from the open ocean to the dense ice cover of the Arctic.

High-resolution optical and acoustic imaging of the seafloor -- and now, the underside of sea ice -- has marine biological, geological, archaeological and environmental applications. Especially in depths and locations where the use of human divers or more typical ‘torpedo’-style underwater vehicles is challenging or dangerous the SeaBED's dual hull provides increased stability. 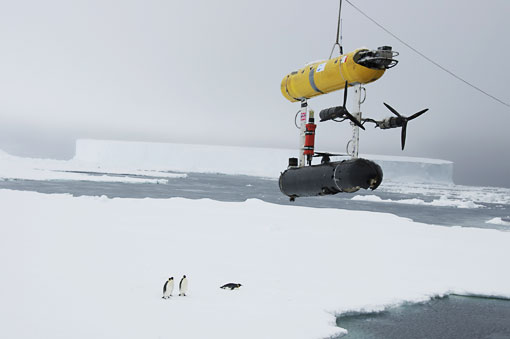 In the journal “Natural Geoscience,” Ted Maksym, an NSF-funded researcher at Woods Hole said the successful SeaBED deployment is an important first step toward making the kinds of routine underwater measurements needed to help monitor and understand large-scale changes in sea ice.

"This work is an important step toward making the kinds of routine measurements we need in order to really monitor and understand what's happening with the ice and the large scale changes that are occurring."

Scientists from the following institutions were involved in the project:

The SeaBED AUV has a 2m long twin-hull and weighs 200kg. It can reach a maximum depth of 2000m /5000m and runs on Li Ion rechargeable batteries capable of 8hrs/24hrs of service.

The dual hull design is key in providing the UAV’s enhanced stability for the company’s primary intended use - low-speed photographic surveys. Such as used on this particular Antarctic mission.

The electronics are located in the top hull, and connected to the batteries and sensors in the bottom hull, by wet cabling routed through the vertical struts.

SeaBED is equipped with an Acoustic Doppler Current Profiler (ADCP), imaging sonar for bathymetry capture and a custom camera system. It is also equipped for acoustic communication and navigation and has a sensor for measuring salinity and water temperature.