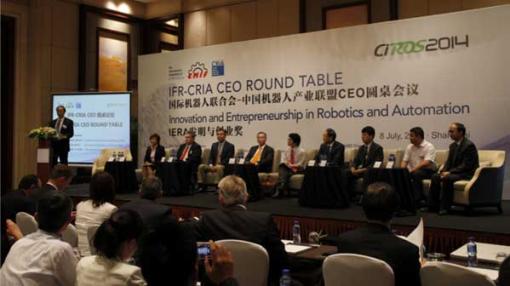 Promoting the Leaping Development of Robotics

Wang Ruixiang, President of the China Machinery Industry Federation (CMIF), mentioned at the China International Summit of Robotics Industry in July of this year that R&D, manufacturing and applications of robots had become the yardsticks of the strengths in technology innovation and high-end manufacturing of a country.

The Robotics industry is an important division of national strategy with developed technologies and broad markets in main economies, such as US, Europe, Japan and Korea. In addition, China has listed high-end equipment manufacturing involving robots as one of its important strategic emerging industries.

In recent years, robotics industry and its applications have been booming in all areas. The China International Robot Show (CIROS) jointly hosted by China Machinery Industry Federation (CMIF), China Robot Industry Alliance (CRIA) and CMEPO Exhibition Co., Ltd. (CMEPO), is a professional exhibition on robotics in the global environment.

As a high-profile exhibition involving all disciplines, especially in the global robotics industries since its establishment in 2012, CIROS grows by a yearly rise of 40% in exhibition space after three years of successful achievements. It receives high attention and support from global robot suppliers and is supported by the International Federation of Robotics (IFR). 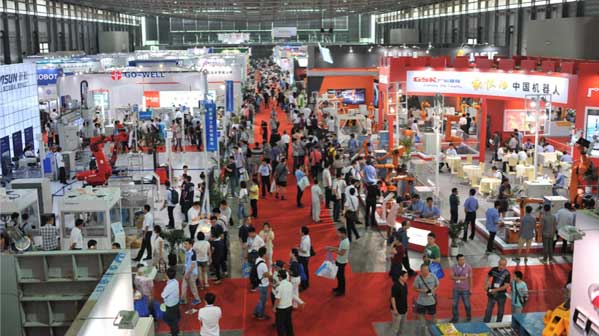 The following reasons explain the extensive attention for CIROS:

In the mean time, CIROS is the only exhibition supported by the IFR in China, while greatly supported by KAR, JARA and TAIROA.

CIROS2015 will be held in the National Exhibition and Convention Center (Shanghai), being the newest and biggest robotic exhibition in China, with an exhibition space of 28,000m2 and expected visitors of 50,000. Therefore CIROS definitely becomes the most authoritative and influential exhibition of robots in China.

Currently robots play an extremely significant role in which the new industrial reform is developing worldwide. Experts believe that robot reform will bring the market trillions of dollars in value. Employing robots in pursuit of upgrading the industries in China and the transformation of manufacturing processes is an inevitable course for manufacturing in China.

CIROS is supposed to take the historical responsibilities of promoting the leaping development of domestic robotics and leading the  transformation of manufacturing in China.