Drones Keeping An Eye On Peace 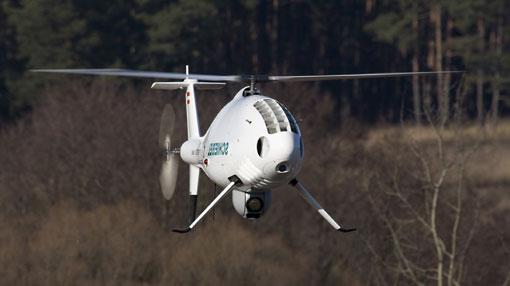 Now that drones have begun to become publicly popular around the world, they are now set to become a major wave of the future of flight in the world of aerial robotics.

One of the major questions that remains regarding their use though is one of ethics and morality; what will the miniature, and often tiny, robotic aircraft primarily be used for - to save life or otherwise?

It’s well known that in nearly every part of the world the military is first to see, and often use, the latest and greatest technology. Since the military is constantly on the lookout for the newest technologies to accomplish their objectives and pay extremely well for it, they usually get first grab.

That often means that the use of technology, such as drones, is commonly used for spying on suspected adversaries. Ironically though, this time it’s the military that’s getting checked out by the drones. This reverse gaze of affairs is bound to have extremely beneficial results for everyone involved.

Recently we reported on how a Kickstarter funded drone aircraft by Phenox Lab’s will uniquely fly without controls. There’s another drone aircraft capable of autonomous flight that is already in production though and it’s hovering well above, and monitoring, the movements of pro-Russian separatists and Russian forces - making sure that the commitments of the Minsk ceasefire agreement are adhered to - ensuring that peace is maintained: the CamCopter S-100 from the Schiebel Corporation. 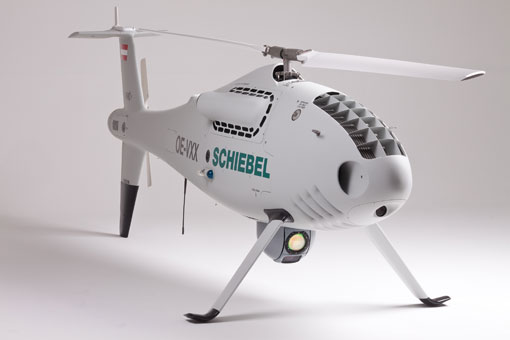 The CamCopter S-100 is an Unmanned Aerial Vehicle (UAV) weighing in at 110kg and having a wingspan of 3.4m. That doesn’t in anyway make it even close to being one of the most inconspicuous drone aircraft on the planet, but then again, when a drone can reach a top speed of 222 km/h, surely it has other purposes as well.

According to Schiebel, “the CAMCOPTER® S-100 has the ability to complete an entire mission automatically and with zero operator intervention, or it can be reprogrammed at any time when airborne to perform alternative missions or react to task changes.”

Such is what can surely be of use to ensure that the agreements in the Minsk Protocol are met and such it is being used to ensure that Donetsk and Luhansk are given a clear road to the independent elections and somewhat independent future from the Ukraine that they seek.

The Drones for Peace

According to an article by Patrick Tucker on October 24, 2014 for Defense One, the CamCopter S-100 is now being used to verify that “pro-Russian separatists in Eastern Ukraine and Russia are acting in accordance with the Minsk Protocol, and specifically that “illegal military formations, military equipment, as well as militants and mercenaries” leave Ukraine”.

Drones for peace may be somewhat of an ironic concept in the midst of a world of countries that typically seem to use them for reconnaissance or air attacks. Most people probably never imagined that a technology capable of such immense aerial volatility and potentially destructive purposes by military forces would now be exhibiting its ability to help ensure peace and political accord over those same military groups.

Here we have it though, the CamCopter S-100; helping observe the construction of a positive future for the lands they survey.