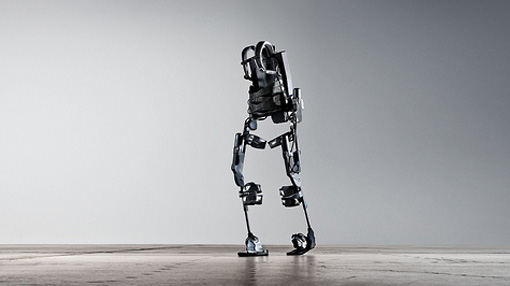 On September 30th, Ekso Bionics, a company that develops robotic exoskeletons, announced a Memorandum of Understanding with SoldierSocks, an organization dedicated to assisting veterans. It states that in the next three years SoldierSocks will purchase 80 Ekso GT model exoskeletons from Ekso Bionics.

The Ekso GT tm exoskeleton is a wearable bionic suit that can be used by individuals with a variety of lower extremity weakness, from relatively minor disability to complete lower body paralysis.

The robotic device works by using sensors to detect shifts in body weight, which triggers battery-powered motors that help drive the legs forward.

Initially Ekso Bionics were required to deliver only 10-suits but both the actual users as Chris Meek, Co-Founder and Chairman of SoldierSocks, were impressed by how the Ekso GT exoskeletons helped injured veterans walk again.

In response, Nathan Harding, Co-Founder and CEO of Ekso Bionics stated that "It is an exciting time for us to not only deepen our meaningful customer partnerships, but to expand from selling one or two devices to a customer to many devices to a customer. That we are delivering Ekso Bionics technology to VA Systems that help the men and women that have fought for our country is the cherry on top,"

Ekso has hired Josip Markus, former head of Large Customer Sales at Google, to oversee the progress of the SoldierSocks deal. Markus has over 20 years of experience in new business development in growth markets and partner network management. As Director of National Accounts for Ekso, Markus will also develop future relationships with multi-system hospitals. If this recent deal with SoldierSocks is any indication, the future looks bright indeed for Ekso.

SoldierSocks is a 501(c)(3)not-for-profit organization dedicated to assisting veterans. SoldierSocks was previously focused on, as the name suggests, delivering socks, as well as other basic necessitates, to American soldiers deployed in Iraq and Afghanistan.

As a non-profit organization founded in 2009, SoldierSocks is expanding its mission from assisting American soldiers on active duty to the ones returning home, assisting them with re-acclimating to civilian life.