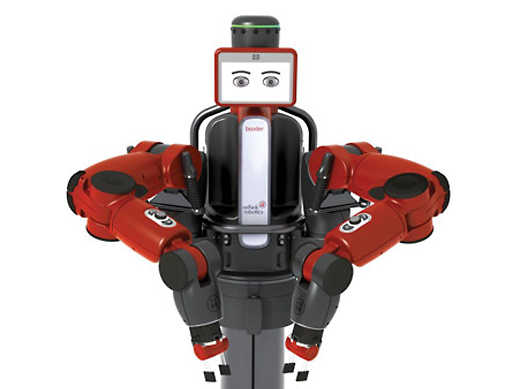 The company Rethink Robotics has chosen Génération Robots to promote the research and education of the Baxter robot in Europe.

Rodney Brooks is the creator of this advanced company, a co-founder of iRobot, and the former director of the MIT Computer Science and Artificial Intelligence Laboratory.  He developed Rethink Robotics in 2008 with the goal of transforming industrial robotics. This year, Rethink Robotics is making the humanoid Baxter robot available. The company aims to automate easy, repetitive tasks in small companies. This will improve their competitiveness and help protect jobs and avoid relocations and outsourcing.

Baxter robots are often called cobots, or collaborative robots. The Baxter is quick, easily controlled, and safe. Unlike traditional robots that need a certain amount of experience, there is no need for the robots to be isolated or in cages. Employees can work alongside them without any fear of injury. Small companies will benefit from this human-robot interaction and it will help to improve productivity.

Génération Robots and Rethink Robotics have signed a distribution agreement. This agreement affects the research and education version of the robot. It can be obtained by universities, research laboratories, and the R&D departments of businesses. The Baxter robot is already being marketed in Europe before the release of its 2014 corporate counterpart.