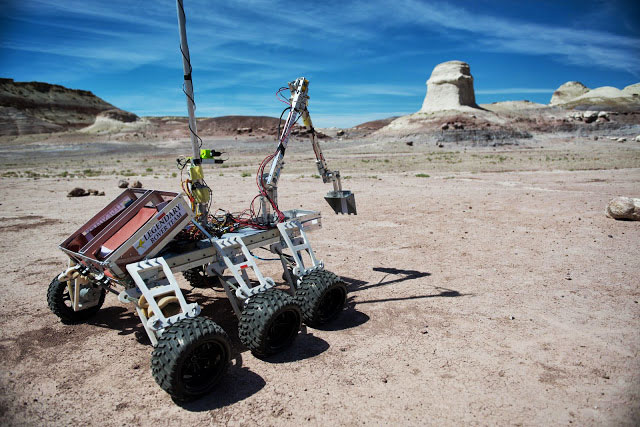 Two dozen international teams will meet in Poland from September 5 till 7 for the inaugural European Rover Challenge (ERC) at the Regional Science-Technology Centre in Podzamcze near Chęciny, Poland.

The competition is organized by the Mars Society Polska and inspired by the University Rover Challenge in the United States. The URC is held by The Mars Society and is an important and prestigious robotics event.

Teams in this competition are composed of students and recent graduates of higher education institutions in Europe. Each team is challenged to, with the help of their university faculty, design and build, and eventually field test, the best Mars Rover.

Every team member is a winner in ERC, even those in a team that doesn’t actually win the challenge. This is because all participants receive a unique educational opportunity to hone their robotics skills and meet and learn from experts in the international space industry.

Simultaneously with the European Rover Challenge, a scientific Convention will take place with the theme “Humans in Space”, which is attended by world-class space researchers.

Lastly, there will be a Science-Technology Picnic where people can experience many different experiments and scientific demonstrations making the event for audiences of all ages.