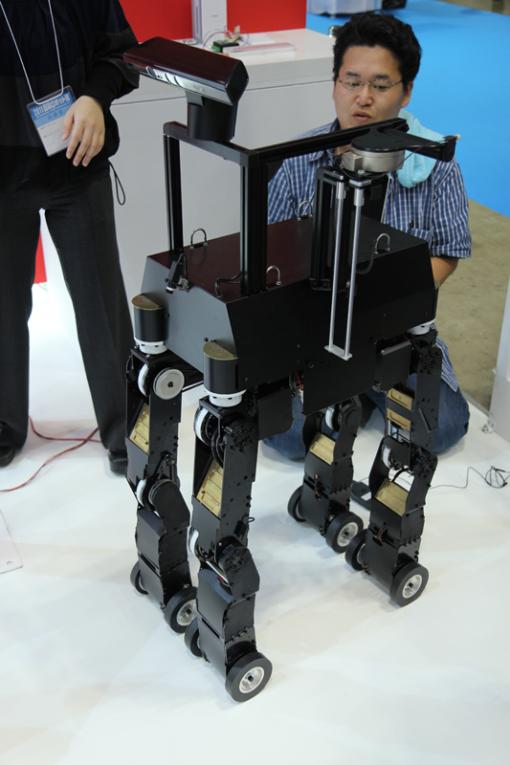 NSK has recently announced that they are developing a quadrupedal robot that could act as a guide dog helping people who are visually impaired. The same team of NSK’s engineers that developed the first protoype, NR001, is now working on a new version.

Already in its third phase, the NR001 depends on a Microsoft Kinect sensor. This sensor allows this machine to detect stairs and other obstacles that blocks its way. The team also said that the robot’s legs have been redesigned to make it move fluently, the way humans do. And to make it even more dog-like, voice recognition has been added into its system, allowing you to order it with basic commands like "heel", "halt" and moving up and down flights of stairs. The good thing is that you do not have to give treats or rewards when this robotic dog heeds your orders.

While NSK does not actually claim that the robot has the same traits and quality that of a real guide dog, they nonetheless said that NR001 has its share of strengths to help people who are suffering from visually problems.