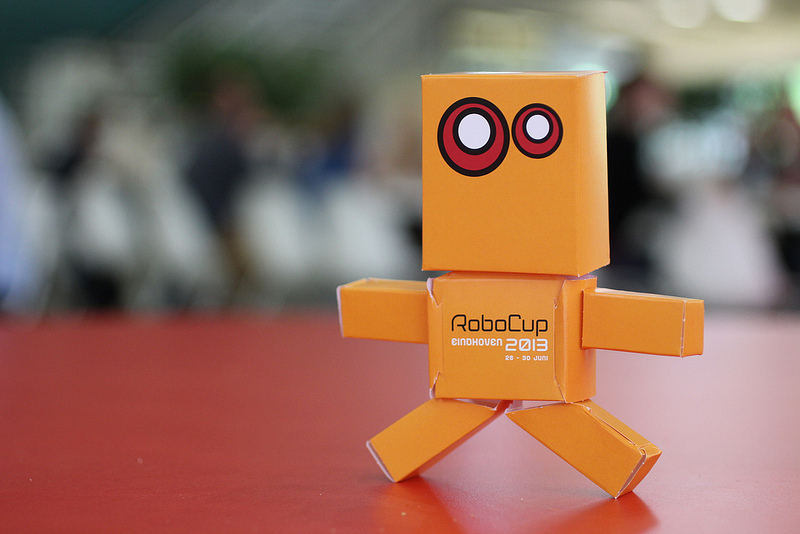 Only one more day to go untill the annual RoboCup robot competition will start beginning on the 24th of june untill the 1st of july. This year it will be held at the Genneper Parks in the Dutch city of Eindhoven, The Netherlands and is organized by its Technical University.

The annual RoboCup competition is the largest international robotics event worldwide and is not just organized to entertain but mainly to promote robotics by organizing competitions.

The main competition that draws attention is RoboCup Soccer where robots compete with eachother playing soccer. These soccer games are divided into several Leagues varying from purely 2- and 3-Dimensional Software games, which are showed on a monitor, till actual autonomous robots that compete against each other on small playing fields.

Other competitions are the RoboCup Rescue, where robots are tested to work in simulated disaster areas, RoboCup@Home, where robots have to perform tests based on situations at home and RoboCup Junior.The Robocup Junior League is used to educate young children in robotics using robot soccer, robot dance and junior robot rescue competitions.

These days are not just filled with competitions. There are demonstrations, workshops and even activities for young children to get introduced to robotics. They can play with robot toys at the Robot Playground or whatch a movie at the Robot Theatre. To give everyone the chance to enjoy these activities and get introduced to robotics, the venue is open from 9 o'clock in the morning till 9 o'clock in the evening.