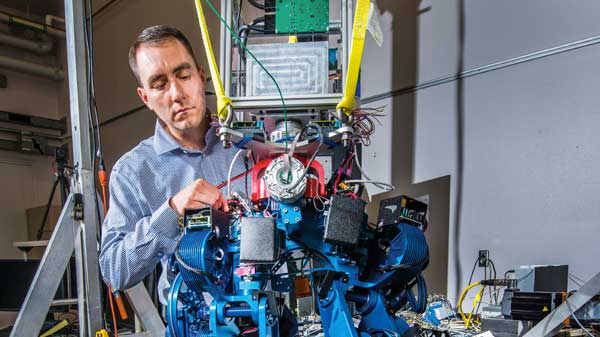 In conjunction with the event – taking place at the Pomona Fairplex in California -- a global challenge with a $2 million prize purse is underway for international research teams working on improving Responder Bots.

Several problems come up again and again when looking at emergency rescue robots and competing teams have been asked to address them:

Battery life is especially important for the usefulness of robots in emergency response. “You can have the biggest, baddest, toughest robot on the planet, but if its battery life is 10 or 20 minutes, as many are right now, that robot cannot possibly function in an emergency situation, when lives are at stake,” says Buerger.

Another major consideration currently occupying the emergency responder robot sector is robots’ adaptability to physical environment and terrain. Researchers like Buerger are looking at designs for locomotion that can adapt to terrain or extremes in environment without draining the bot’s power reserves.

Sandia’s demo models STEPPR and WANDERER’s electronics and low-level software are being developed by the Open Source Robotics Foundation. The designs will be publicly released, allowing engineers and designers all over the world to take advantage of advances.

Research partners for this project are Massachusetts Institute of Technology, Globe Motors and The Florida Institute for Human and Machine Cognition which is developing energy-efficient walking control algorithms for both robots.