Ringo: The Tiny Robot With A Big Personality 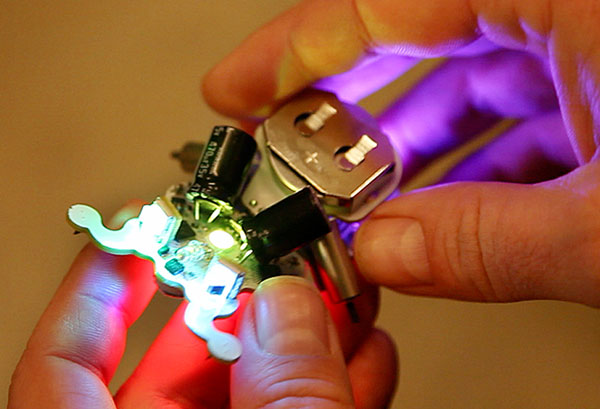 Ringo, The robot With A Personality Picture: Plum Geek

Ringo: The Tiny Robot with a Big Personality

Most people envision a robot that can walk, talk and perhaps serve some vital functions. Additionally, the idea of a robot having advanced enough Artificial Intelligence to offer its own unique reactions and insights into things is especially intriguing.

Although we have not quite reached the stage where people can experience this full vision in their own home, there are many inventors and entrepreneurs who have taken steps in the right direction. The latest result of this forward-thinking approach is Ringo, a small robot that could teach children to love technology. 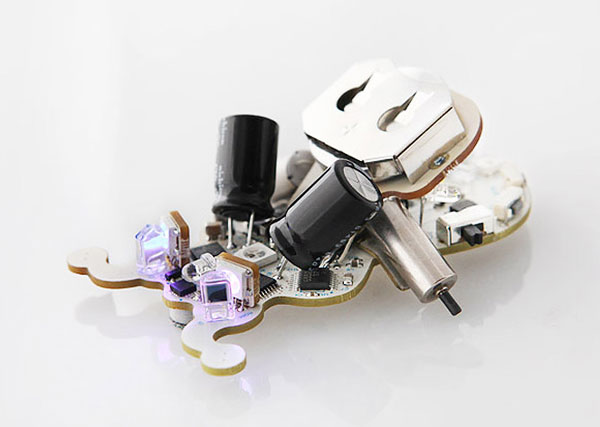 What Exactly is Ringo?

According to the Kickstarter page, Ringo is a new version of a digital pet, but originally based on a BEAM robot from Solarbotics, it goes far beyond the typical tricks that are encoded into these devices. Ringo’s main purpose is to act as an introduction to robotics and programming.

However, it also has many possibilities for advanced users, and the user’s level of experience will impact how many behavioural responses Ringo will learn. Robot Ringo was created with the help of the founders' two children who are able to write C code which helps showcase how useful Ringo can be as an educational tool.

How Does Ringo Learn?

Ringo is shipped with 10 behaviours pre-loaded, but the real fun comes from coding your own new tricks.

The virtual pet has Arduino functionality, and users can experiment by coding new behaviours into the robot via Arduino IDE. Because Ringo has been developed as Open Source hardware, each person who purchases the robot will have the ability to share their behavioural coding modifications with every other user. This shared code can then be uploaded into other Ringo units. 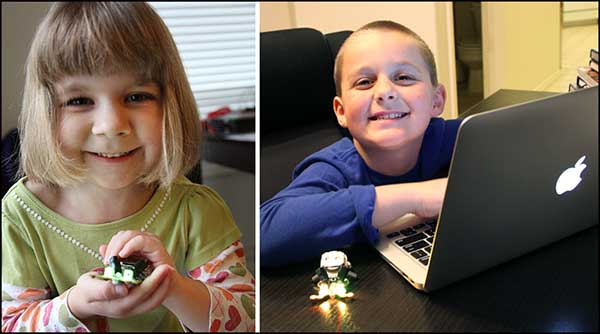 The development team behind Ringo, which include the previously mentioned young programmers, is operating under the name Plum Geek and are planning to build an entire online community. This is virtually certain to lead to some interesting innovations from programming enthusiasts of all ages.

Who is Ringo’s Target Market?

Virtual pets are typically most appealing to children, but Ringo’s advanced capabilities and open source hardware is likely to make it a favourite among people of all ages and introduce them to STEM technology.

Ringo’s developers designed Ringo especially with a cute, buggy persona to make it also appeal to girls. Ringo could be the perfect way to introduce them to the joys of programming.

What are Ringo’s Specs?

Ringo may be small, but it has a lot of technology packed into its tiny frame. For example, it includes an Arduino UNO processor, and automatic battery charging on board. The robot also includes IR LED transmitters, IR light sensors, RGB LEDs, a TV remote receiver, wireless communication from bot to bot, line and edge following sensors, sound, a 3-axis gyroscope and a 3-axis accelerometer.

As previously mentioned, the production of Ringo units is being funded by a Kickstarter campaign. Fortunately, there has been a strong enough interest in this type of robotic technology to take the fundraiser past its goal within three days of its start!  Way to go Kevin!

Ringo is officially going into production, and there are still some donation reward levels left that will enable backers to be one of the first people to start programming the robot to do a virtually limitless list of new behaviours.