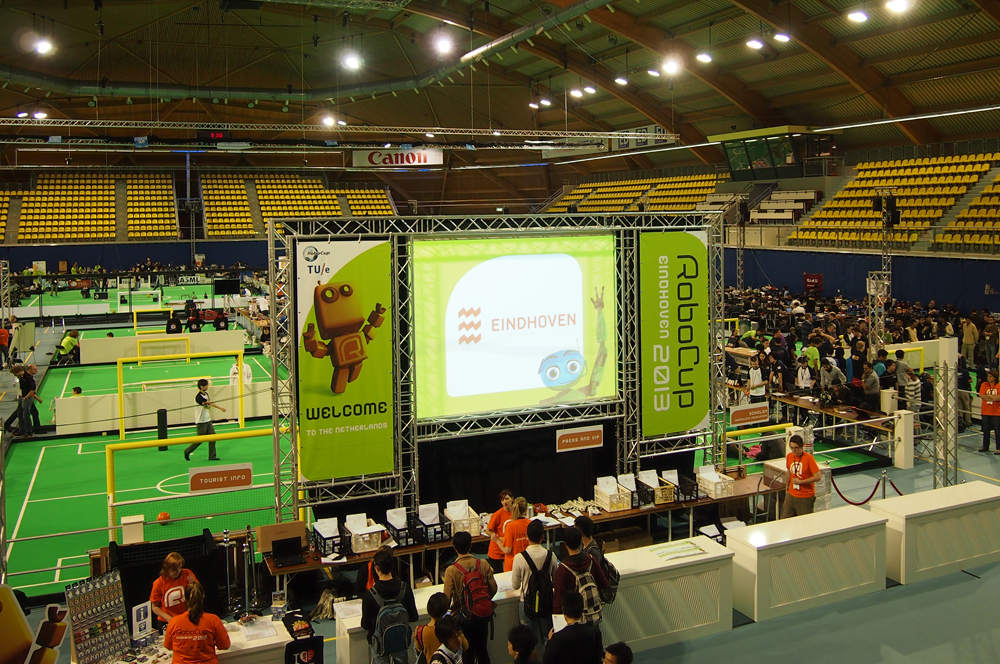 Today the RoboCup 2013 games have officially started. From all over the world, teams have gathered at the Genneper Park Venue to show their latest robot and test their abilities by competing against eachother.

These competitions vary between testing basic skills like being able to avoid obstacles, and games like robot soccer. At these soccer games there is a large variety of robots. From virtual software robots, called "agents" to wheeled robotic platforms and the sophisticated creation from Aldebaran: Nao.

This robot software programming is maybe even more important than the building of the robot itself and the increadable amount of desks with laptops was very impressive to see. Teams from all over the world are working on their robots latest software update and discuss software issues with competing teams. No secrets here.

Everybody shares their findings and technology at these games. That's the spirit ! By doing so they are able to learn form each others mistakes and experience, causing the robot technology to evolve fast.

This first day was mainly used to test and prepare the robots and give demonstrations of their robots abilities. The last screws are fastened, wiring is checked and software updated. Except fot the Humanoid soccer games which started this morning, the rest of the competitions will start tomorrow.