RoboCup is going to Brazil

As the world is watching the world soccer teams compete in Brazil during the FIFA World Cup, preparations are taking place for a very different soccer competition. Well, not so different actually, except that it will be robots that play ball.

Just a week after the FIFA World Cup has ended, the world RoboCup is taking place in João Pessoa, Brazil from july 19th to july 25th. It will be the first time ever that the biggest robot event is held in South America. 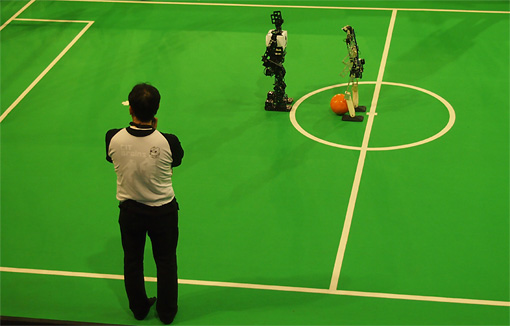 The games will start on july 19th with 2 days of set up, followed by the actual competitions on the 21th till 24th and a Symposium on the 25th. During these days teams from more than 40 countries will compete for the RoboCup by playing not only robot soccer but also a variety of other competitions.

Originally the RoboCup is meant to develop a team of robots playing a game of soccer against the FIFA World Cup champions in 2050 and win. Today, however, RoboCup has grown to an event with a multitude of robotics events although RoboCup Soccer is still the main attraction. Other events include RoboCup Rescue, RoboCup@Home and RoboCup Junior.

In the RoboCup Rescue competition, autonomous robots are competing by performing tasks in simulated disaster areas. They have to move over rough terrain, through narrow corridors, opening doors and inspect a variety of items. 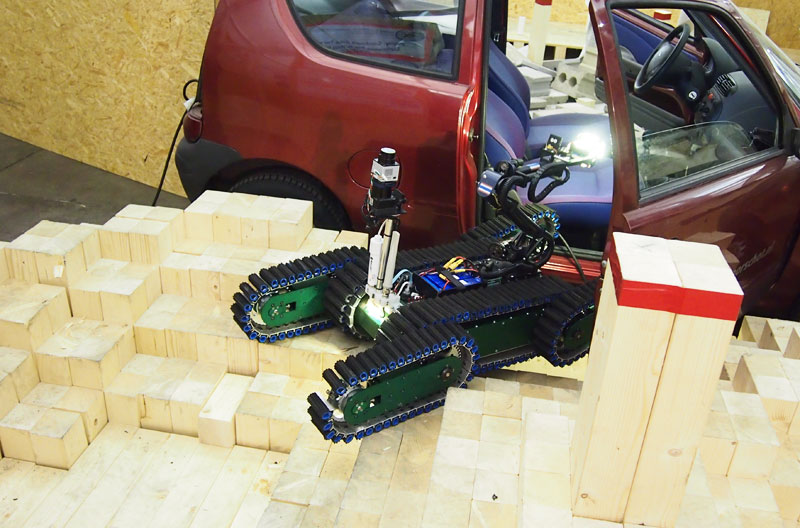 RoboCup@Home is a testing aerea where robots have to navigate through a simulated household environment, like a kitchen or living room, and perform certain tasks. They are required to get a specific drink or object and bring it to the person asking for it. 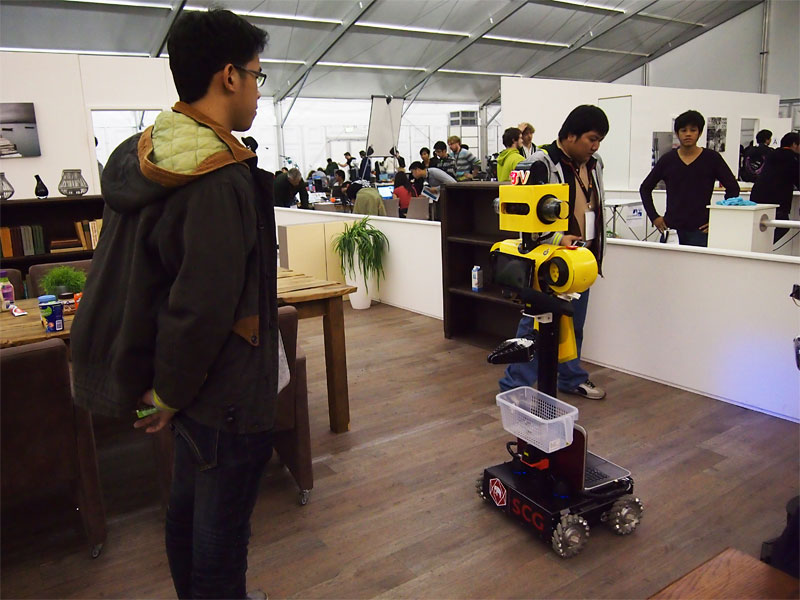 RoboCup Junior is used to get young children interested in robotics. Using soccer, robot dance and junior robot rescue competitions they receive their first robotics education. After the competitions, on july 25th, a symposium is held where the public can see robots up-close and see demonstrations.