Robonaut 2 Is Getting Space Legs 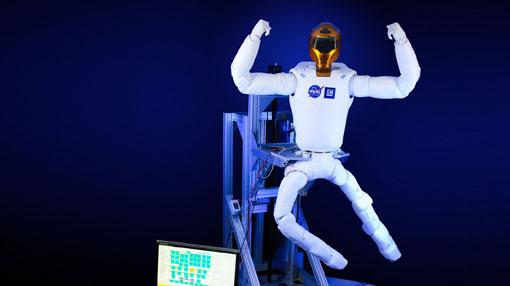 Robonaut 2, the space robot onboard the International Space Station (ISS) has just received his space legs. Installed in August 2014, these legs will allow him to eventually assist astronauts with chores inside and outside the station, freeing up time for astronauts to do more research and other tasks.

Robonaut 2 (R2) arrived at the International Space Station in February 2011. Back then, he was just a torso supported by a static pedestal. He is able to use his hands to perform a series of exercises in microgravity, including moving knobs, switches and handling tools.

His legs do not look like human legs since they are meant to be used on the ground under the effect of gravity and are of little use in space. Robonauts' legs, however, had to be designed in a way that could make the space robot move around through a weightless environment resulting in legs with climbing and grasping capabilities.

For this reason the legs are longer and have more degrees of freedom (DOF) making them flexible in their use. Each leg has seven joints and a grasping device on what would be the feet or toes called an "End Effector". 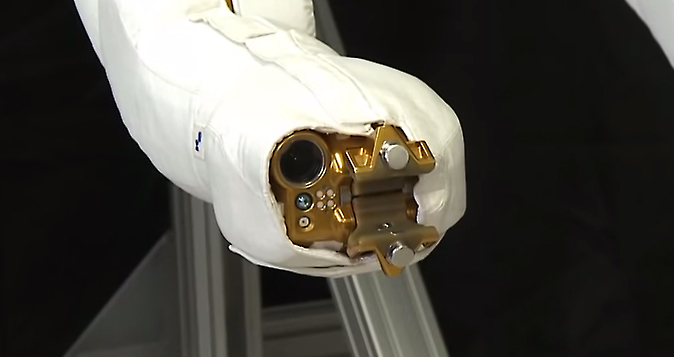 These end effectors allow the robot to use the handrails and sockets inside and outside the station to hold on to and move around. A vision system for the end effectors will be used to verify and eventually automate each limb's approach and grasp. With the legs attached to the torso, R2 has a fully extended leg span of 9 feet, which gives it great flexibility for movement around the International Space Station.

Extensive testing is currently being done to perfect R2’s control of his new legs. He is scheduled to take his first steps in November or December.

Although the legs are installed, more upgrades to R2's upper body will be necessary before it can begin work outside the space station. Those upgrades are scheduled to take place in fall and winter 2014.