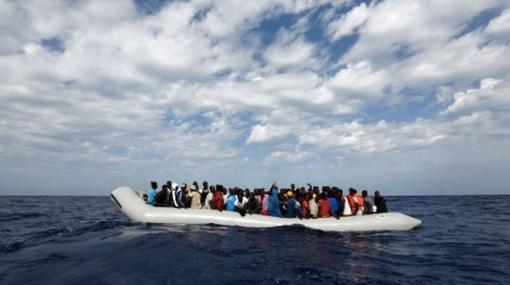 Vienna / Malta, 2 May 2015 – Starting today, Schiebel’s unmanned helicopter CAMCOPTER® S-100 AUV once again supports the MOAS foundation in the rescue of refugees in distress at sea.

MOAS (Migrant Offshore Aid Station), a registered non-profit organization based in Malta, owns a 40-meter-long vessel named Phoenix that is used for the rescue of refugees at sea. Stationed aboard this ship, the CAMCOPTER® S-100 will serve to considerably extend the reach of the Phoenix beyond horizon.

With the aid of this helicopter drone, refugee boats can be located by day and night, even in rough sea conditions and from a long distance. The camera of the S-100 delivers daylight and infrared video footage in real-time to the MOAS team, enabling them to immediately assess the situation and provide the help necessary as well as to coordinate all actions in cooperation with other rescue and aid authorities throughout the Mediterranean area.

During the entire mission the CAMCOPTER® S-100 will be operated and maintained by Schiebel staff. 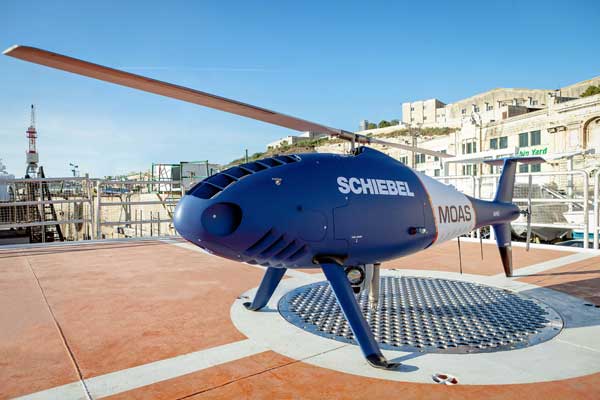 While MOAS was able to rescue 2800 people in only 60 days last year, according to estimates, over 3400 refuges in their attempts to reach Europe in 2014 lost their lives at sea. This year already more than 1800 people are believed to have died trying to cross the Mediterranean - a sharp increase compared to last year.

Hans Georg Schiebel, Chairman and Owner of Schiebel states: “With our combined efforts and the experience gained from the last mission, we will save even more lives this year. We all at Schiebel are very proud and excited to support MOAS and its important rescue mission.”

Founded in 1951, the Vienna-based Schiebel Group of companies focuses on the development, testing and production of state-of-the-art mine detection equipment and the revolutionary CAMCOPTER® S-100 Unmanned Air System (UAS).

With headquarters in Vienna (Austria), Schiebel now maintains production facilities in Wiener Neustadt (Austria) and Abu Dhabi (UAE) as well as offices in Washington DC (USA) and Phnom Penh (Cambodia), and has built an international reputation for producing quality defense and humanitarian products.

MOAS is a group of international humanitarians, security professionals, medical staff and experienced maritime operators who have combined their resources to help prevent further tragedies at sea. They are passionate about the plight of those seeking a better life and facing dangerous challenges as they try to find a life free from violence.

MOAS, which is based in Malta, was founded by Christopher and Regina Catrambone and has a Board of Advisors made up of distinguished personalities from various sections of society.