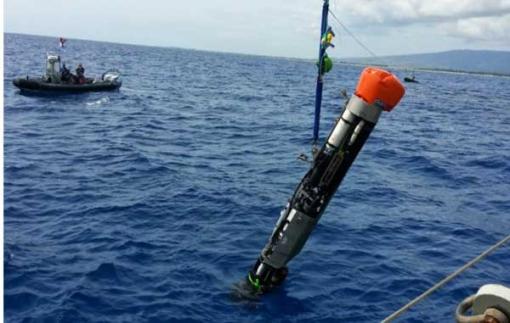 A joint effort of the Hawaii based Makai Ocean Engineering, Inc. and the University of Hawaii (UH) resulted in the development of a new and original ‘hybrid’ aquatic robot: an autonomous underwater vehicle (AUV) called "Bottom-Skimming AUV".

Makai and the UH have been working on the AUV since 2011 and recently finished a successful test and demonstration of the complete prototype vehicle in a real-life oceanic scenario. This test, which was held in November 2014, confirmed that the operation of all critical subsystems and vehicle controls were working as planned. 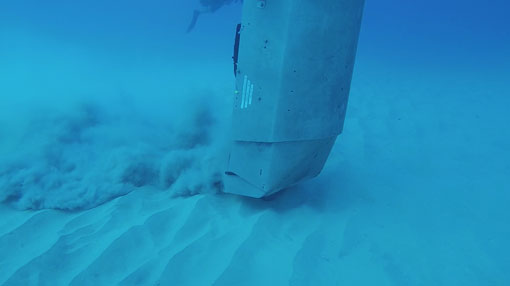 What makes the Bottom-Skimming AUV so original is that it combines the features of a bottom-crawling vehicle and those of a free-swimming AUV. This enables the robot to be more effective and efficient in deploying seabed-sensing equipment.

The way the B-SAUV interacts with the ocean floor is achieved by its ability to autonomously adjust its weight using dynamically controlling of its buoyancy. This is what makes the Bottom-Skimming AUV so unique. 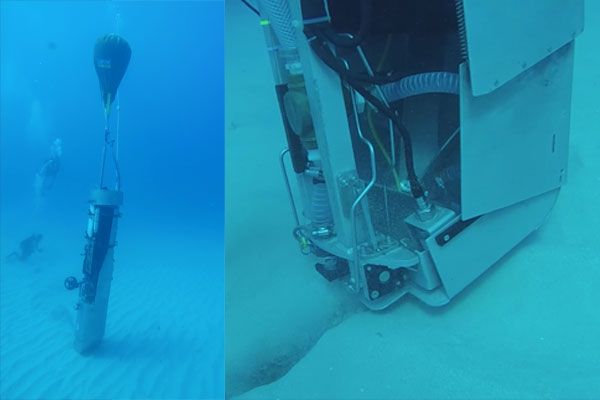 The B-SAUV travels through the ocean using a combination of its thrusters and three different modes of buoyancy:

In addition to dynamically controlling its buoyancy, The robot's onboard computer hardware and software system enables it to autonomously navigate to a predefined location and install oceanographic sensors in the ocean floor. These sensors are carried as a payload within the body of the B-SAUV and can then be used for remote sensing and environmental monitoring.

One of their main achievements in the field of robotics was their approval of a patent for an Autonomous Underwater Array Burial System. This aquatic robot System provides a means for burying undersea cables to protect them from damage by trawling or ship anchors.