BART LAB Rescue, the Thai robotics team from The Center for Biomedical and Robotics Technology (BART LAB), has been working on rescue robots for participating in national as well as international RoboCup events since 2005.

Having participated in numerous competitions, the Bart Lab Rescue team is now looking forward to attend the RoboCup 2014 Competition, which will be held in João Pessoa, Brazil, from july 19th till 25th.

The dedicated team of 15 members is planning to bring two Rescue Robots for participating in the RoboCup Rescue League, which include TeleOp V (Teleoperated Robot) as well as AutoBot III (Autonomous Robot). 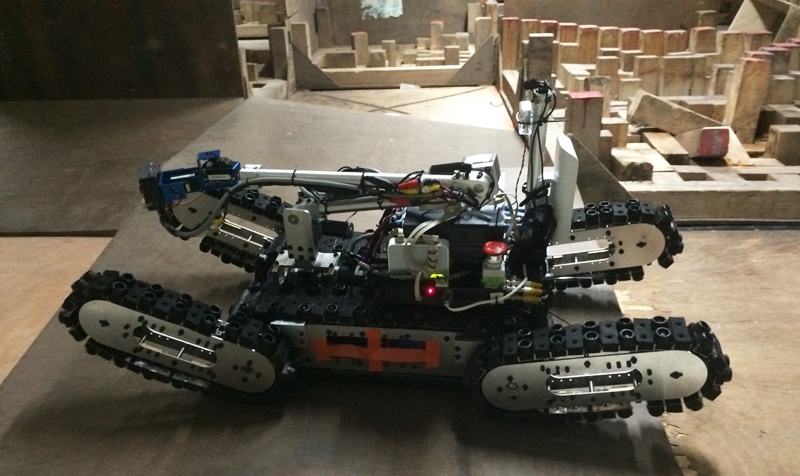 RoboCup is an international robotics event, meant to promote and stimulate robot technology worldwide. During these RoboCup games there is a specific competition called “RoboCup Rescue” where tele-operated robots and autonomous robots compete by performing tasks in simulated disaster areas, moving over difficult terrain, through narow passages, staircases and other obstacles.

BART LAB has recently initiated a fundraising campaign to help the BART LAB Rescue Team participate in the international competition. Their estimated budget of $87,000 is mainly needed for transportation to make its way to the World RoboCup 2014 in Brazil.

To spread the word, a video has been released that introduces the BART LAB Rescue team in Thailand and explains how important it is for the team to get support from the general public.

The Bart Lab Rescue team has worked for years to build these rescue robots, which have already won a number of competitions both nationally and internationally. By participating in these competitions, the team has gained a lot of experience including from exchanging ideas with other teams.

In addition, the team has also cooperated with the navy to develop the NavyBot, which was sent to the South of Thailand to offer assistance to the navy mission of finding a bomb.

Participation of the BART LAB Rescue Team in the RoboCup 2014 Competition can play an important role in promoting robotics in Thailand. It has been making important contributions to robotics research at both private and public levels.

To raise awareness about robotics technology among Thai youth, various robot camps have been organized for many years. By participating in the World RoboCup 2014, the team aims at taking this growing interest in robotics to the next level.

BART LAB Robotics Team is urging people to support their goal, at a time when they have the rare opportunity of being the only Thai representative in RoboCup 2014.

Visit the BART LAB crowdfunding project and help them.

BART LAB, also known as the Center for Biomedical and Robotics Technology of the Mahidol University is a well-known engineering/medical research facility for medical robotics as well as computer-integrated surgical technology.

The center aims at conducting development and research in robotics, particularly in the fields of medical technology, rescue and security.