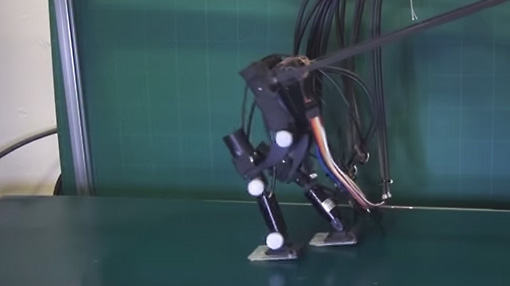 Professor Masatoshi Ishikawa and his colleagues at the Ishiwaka Watanabe Laboratory of the University of Tokyo developed a bipedal walking robot that is one of the fastest robots ever made: ACHIRES

You may have heard of Ishikawa before: in 2012, Professor Masatoshi Ishikawa and a team of researchers received international media coverage for creating a robot hand, called Janken, that used a high-speed camera to beat humans in rock-paper-scissors with a 100% success rate.

Professor Ishikawa’s latest development also makes use of high-speed camera technology. ACHIRES (Actively Coordinated High-speed Image-processing Running Experiment System) is a bipedal running robot system that can run up to a speed of 2.6 mph, the average walking speed of a human.

High-speed vision in the rock-paper-scissors bot allowed it to interpret its human opponents’ pre-throw hand movements and react to what to the human was about to throw. The high-speed vision used by ACHIRES allows it to keep its balance and run without falling, because it is able to anticipate the timing of landing at 600 fps and adjust quickly to any deviation from the stable trajectory. 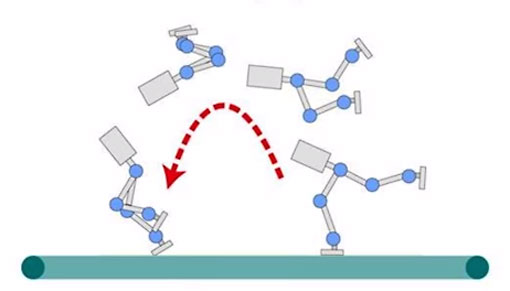 Professor Ishikawa was not content to have his robot only being able to run. ACHIRES can also somersault, taking a running start and jumping up with one foot and then curling both legs inward for an aerial rotation and perfect landing. See this “wow” moment yourself at the 0:55 mark of ACHIRES’s YouTube demonstration video:Ishikawa Watanabe Laboratory, the University of Tokyo

While this running, somersaulting robot is indeed impressive, it also has its limitations. ACHIRE is tethered to a support system and cannot walk around on its own and can only sustain its top speed of 2.6 mph for 10 seconds.

Regardless of these limitations, ACHIRES is a breakthrough. Gone are the days where computationally expensive ZMP-based control is required to balance a biped humanoid robot. The robotics world is left on the edge of its seat to see what Professor Ishikawa will come up with next.