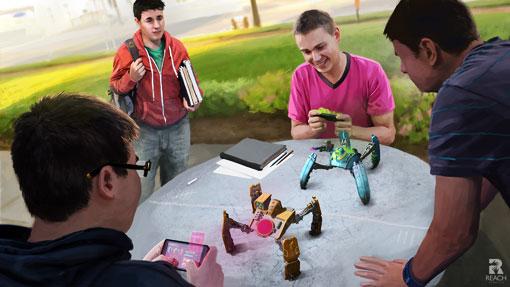 Developed over the past year, Mecha MonstersTM are custom mechanical battle gaming robots that respond to their user’s command via a smartphone app.

Pitted against other Mecha MonstersTM, the machines fight, learn and grow, advancing their way through a unique web based universe. They can be customized by adding physical add-ons, like shields, as well as new skills and features that are unlocked as players level up during game play.

Not only is the Mecha Monster system poised to potentially dominate the toy market, it has profound educational implications as well.

In creating one of the world’s most agile and responsive robot technology, Silas and his team at Reach Robotics have made it fully accessible for development and customization. The software may offer an entrée into programming for gamers wanting to take the next step.

At the core of the Mecha MonstersTM experience is dual-level developers’ software, built to provide endless opportunities for novice and seasoned programmers to control their machine’s behaviour.

The Mecha robots were created to fulfil an essential role within STEM (Science, Technology, Engineering, Mathematics) education. Mecha MonstersTM provide an engaging and accessible route into robotics, coding and mechanics for children and adults. It’s a robotics revolution, right in the palm of your hand.

“Although they are very fun to play, they are also an easy and accessible gateway into learning about robotics,” says Adekunle. “When you’re done playing with our robots you can use our developer software to start creating custom motions. It’s a simple way to try out coding and see it play out in real life.”

Adekunle and Reach Robotics recently presented their product at the Pitch@Palace showcase sponsored by the Duke of York, where they won People’s Choice Runner-up. The startup is continuing to fund-raise and seek partners to help bring Mecha Monsters to market some time in 2015.

Currently, the Mecha Monsters prototype is getting closer to mass-market production and produces two classes of fighting robots called Brute and Berserker each with their own unique possibilities and character. 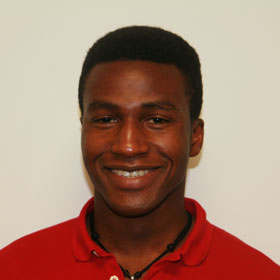 Mecha Monsters are the brainchild of Bristol University student and teacher Silas Adekunle, a robotics engineer, life long hobby robot enthusiast, gamer and STEM advocate. Adekunle founded the company in 2013 to share his passion for gaming and robotics with the world.

On the team’s aims, Silas says:

“Before we can make a lasting impression on people through exposure to STEM and robotics, we first need to capture their imaginations. We've created a product that combines entertainment and education, but we know that the journey to bring it to life will be difficult.”